My Paperless Dream: A Journey of Taking Notes in Digital | PART 1

Nowadays, we are living in a digital world. Tablets, laptops, and smartphones are essentials that we cannot live without. Plus, of course, they changed people’s way of entertainment, business, and for college students, study.

Going paperless is not an untouchable dream for people anymore. Instead, it is a trend that must be happened with the popularity of digital daily devices. Almost every college students have a laptop. As a Sun Devil, we check our grade on our MyASU page, download and upload our assignment through the Blackboard. We do video editing, graphic design, programming, and 3D-modeling, etc. It seems that we are doing everything using our laptop.

Or, we can use a tablet. And of course, a lot of people have a tablet. Maybe tablets are not as powerful as a laptop that you cannot do something on it, but something that tablet can do, but laptop can’t. For example, those are portable so we can even use it as a camera; we can play games using the gyroscope and touch screen that provides a new way of interaction; we can even drawing on the tablet and taking notes.

Wait – taking notes? It sounds interesting and cool, but I didn’t even try it…

Just kidding. Actually, I already tried it, and have used my iPad Pro for daily note taking for more than 1 year. Today, I’m celebrating the 1-year anniversary of my 9.7-inch iPad Pro that is one of the most significant tech gadgets that changed my life, and also, this blog is a review of my long-term discovery and experience of paperless note-taking and document processing in the past 5 years. I will tell my story with the different kind of devices I have used (and some of them are right now obsoleted), and my observation of the changing status of the tablet market and people’s views of the paperless officing. (Note: This is not a complete tech review for the products I used, but I will emphasize my feeling as a perspective of a user.)

Back in 2010, I was addicted on drawing and sketching on my iPad (1st generation). While I was a middle school student, I didn’t use digital devices for studying a lot, so basically, those devices, including my iMac and iPad, were used for entertainment, including games, videos, and of course, apps for creative drawing.

In May 2012, when I got the new iPad with retina display, I realized that it should be a great device as a reader. Instead of playing games, I spent more times reading magazines, newspapers, and eBooks. I also downloaded an app for reading and editing PDF documents that user can add comments and highlights on the PDF documents we imported (I forgot the name of that app). That was the first time I’m thinking about “doing writing and highlighting on an iPad could be a good idea”.

I bought a case that came with a free “pen” – a stylus, and a stylus holder on that case. Of course, that stylus is just a pen-like thing with a soft nib that is responsible for Apple’s Multi-Touch screen (see Figure 1~2). The stylus works fine, but the experience of doing regular writing and sketching on the iPad was not as good as I expected. First, the nib feels weird during writing that it is so soft, and sometimes has huge frictions with the screen if the screen is dirty. Second, there’s no palm rejection because it is not a Bluetooth stylus (I didn’t even do a lot of research of Bluetooth styluses in 2012). Some apps have built-in palm rejection (I also forgot what app did I use), but I still feel not really comfortable, compared with the natural writing on a real paper. Overall, my first attempt at paperless writing was basically failed. I still draw on my iPad for fun, but that’s it.

Figure 1. The stylus (the second one).

Figure 2. Highlighting a newspaper in PDF using that stylus.

2014 was a remarkable year for me – I’m going to be a college student! In that summer before my freshman year, I got a birthday present from one of my mother’s friend. It was an iPad mini 2 (unveiled in late 2013). I was excited, while I was having no idea how can I use this in my daily life.

I was thinking, maybe I need to do something using this iPad for productivity, not only for entertainment. During that summer, I was preparing for college, and read a lot of documents from the ASU website. Many of those documents are in .pdf format, so I am able to download those files and open in third-party apps. I purchased an app called “GoodNotes“, and suddenly, I was thinking about the same thing that I did 2 years ago. However, this time, I started doing some researches about “the pens that can write on the iPad”. In 2014, there were already a lot of stylus products, especially with Bluetooth for palm rejection and even pressure sensitive, on the market.

Before I finished the first semester of my freshman year, I stopped using my Adonit Jot Script just after a few weeks since I bought it, and back to the age of notebooks and paper. It cannot replace the traditional note-taking at all because of its own imperfection, so I need to find out a better product in the stylus market. Also, some of my handwritten assignment need to be written on a normal college-ruled paper, so a complete paperless officing was not applied for me as a college student.

However, it doesn’t mean that I DON’T NEED paperless officing and get rid of the paperless lifestyle. Indeed, writing on a tablet looks like I’m a cool tech guy living in the future.  The significance is, its advantages compared with the traditional way are really helpful for improving productivity.

The main reason why it is productive is its natural digital genes. I mean, besides writing and erasing, we can also simply undo and redo, and even drag our paragraphs (it was really helpful when I think my note looks not tidy enough). Also, we can add multimedia in our note, like a photo of professor’s whiteboard and voice recording, or simply add hyperlinks to the note so the note can be more vivid and interactive.

Another benefit of digital notes is we can access and/or edit our note anywhere. Imagine that I make notes on my iPad, and it saved in my Google Drive or OneDrive, so I can just open my notes on my laptop if I don’t want to edit it but need to see those notes when I am doing WebAssign homework or writing essays. Even though you don’t have your devices with you, you can go to the library and view or download your notes from the cloud.

So, go digital is great, but do we really need to write using a “pen” for taking notes? Are there any other options? I was trying to take notes without a pen – I mean, just typing. And how? There’s a lot of articles criticizing how bad taking note using the laptop is, but I still tried it by myself.

It sucks, especially in my math class – I can’t type the math equations easily in my calculus or physics class. The fact is, jot down an equation is easier than typing.

Also, typing cannot help me concentrate on what the lecturer is talking about, and constantly making typos on my notes with limited and even wrong autocorrect is annoying that distracts me a lot during the class.

Another reason why typing is not good for classes is etiquette. Looking at the laptop screen and typing when the professor is talking to us looks like I’m not listening to him/her, even though I do. Handwriting, which is a traditional way of note-taking, seems more acceptable. My professor in Introduction to Art class didn’t even allow us to use the laptop during the class.

Therefore, I was trying to find a way that I can not only enjoy the convenience of digital devices and services when taking notes but also get rid of those disadvantages of keyboard note-taking. It seems that the combination of stylus + tablet is a great solution, and it is cool.

I’ve heard about the Microsoft Surface Pro 3, which has a fancy stylus and considered to be “a tablet that can replace your laptop”, yet also an iPad competitor. However, since I’m a hardcore Apple fan and just got my new iPad mini 2, I started doing researches on stylus products and solutions for iPad.

On October 2014, I bought an Adonit Jot Script (1st generation) Bluetooth stylus (see figure 3) for my iPad mini and officially started trying to get rid of my college-ruled papers. This stylus is also an “Evernote edition” that is compatible with its companion app “Penultimate” developed by Evernote. I was expecting that this kind of Bluetooth stylus could provide a better experience with palm rejection and precise handwriting and drawing.

However, the result is disappointing.

The feeling of the nib hitting the glass feels weird a little bit, but it’s understandable because I was writing on a glass. It also makes noises, so it feels weird if I use this in some classes that are just a few classmates and quiet.

The main problem is, the inking result is unsatisfying. It’s unprecise that makes my writing looks ugly. Sometimes it even has no response. When I’m taking notes and just do basic writing on my iPad using GoodNotes, I constantly lost my strokes and I need to rewrite them again, maybe again and again. I also tried both regular mode and the “zoom-in and write” mode in GoodNotes App, and I found that zoom-in is better than writing in a smaller size in regular mode, but still not perfect. You can customize your holding position in order to get a better result. I set the holding position to my preferred one as a right-handed, but it did not improve the handwriting significantly. Then, I tried a few other holding positions, but helpless. I tried a lot of apps, including GoodNotes, ZoomNotes, and even Penultimate, but the same issue happens. The palm rejection is fine, but sometimes it has an issue that some dots or short lines inked under my palm. Overall, the writing experience is way far from a substitution of writing on a real paper.

Figure 5-1. The unsatisfying results of my sketches using Evernote Penultimate + Jot Script. The handwriting looks meh, and the palm rejection seems not working well as promised. (Sorry for the profanity) 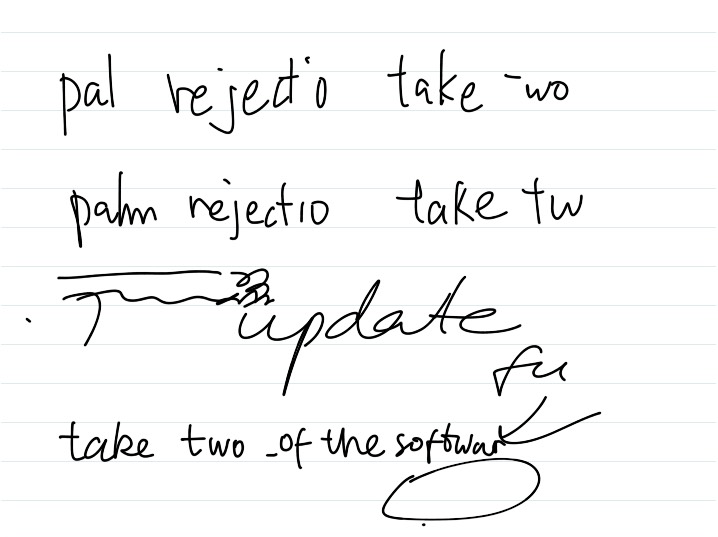 Figure 5-2. Malfunctioning of not only the palm rejection but also the handwriting itself. Strokes are significantly missing.

On the market, this edition of the Jot Script product (1-st gen) received a low user satisfaction rate. As of September 2018, it has a 2.9 out of 5 stars rating.

So far, it seems that it has technical difficulties in replacing my traditional way of note-taking. It has a good concept, but its own imperfections are affecting my productivity, while this kind of digital note-taking solution is supposed to make things more productive and convenient. Therefore, I stopped using the Jot Script and my iPad mini as daily note-taking devices.

However, it didn’t mean that I’m giving up. The advancement of technology needs time, and the market for styluses are growing with the popularization of tablets and the needs of art, business, or study like I am doing. My Journey did not stop yet.